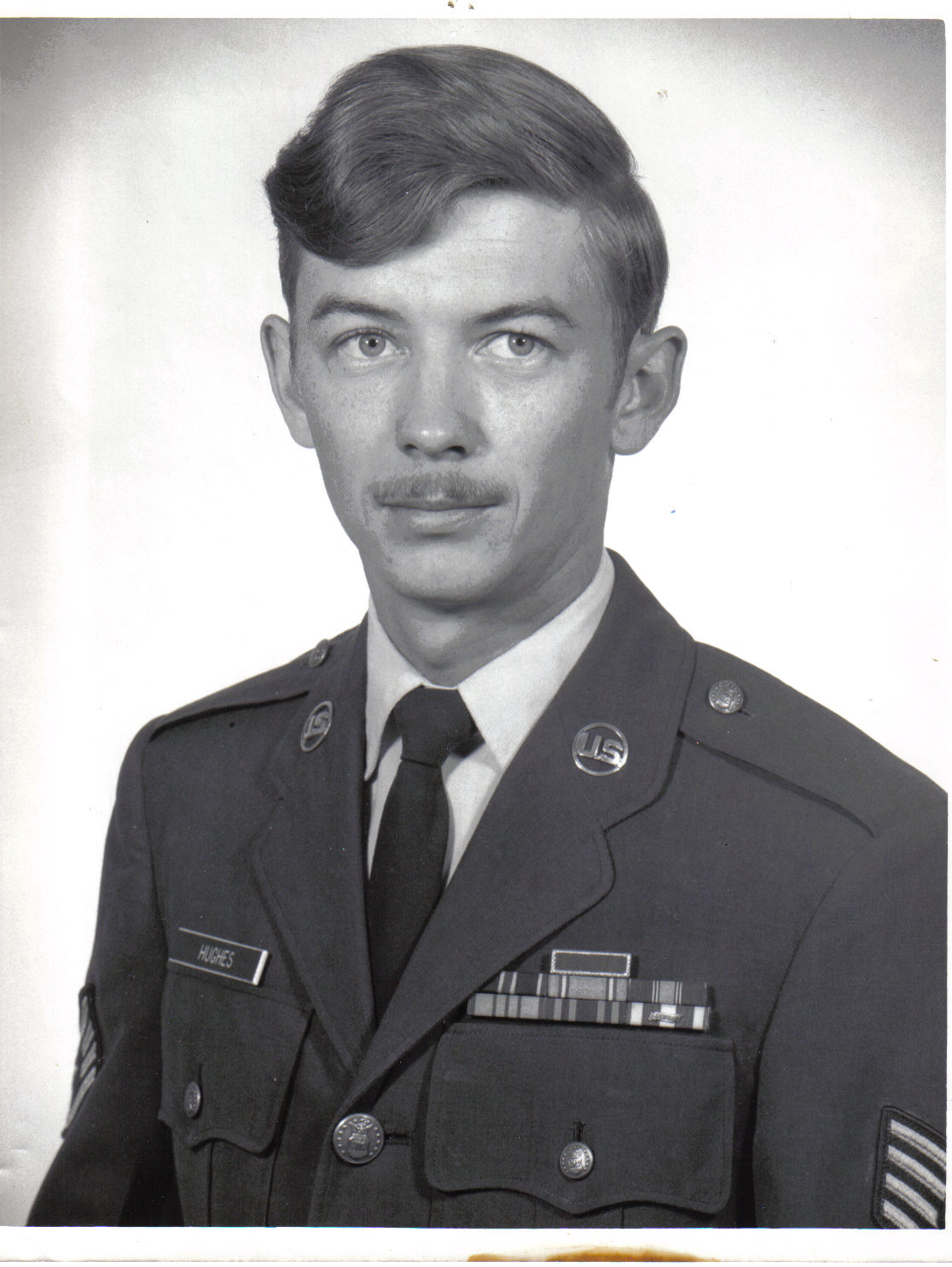 Known as ‘Chuck’ by his family and friends, he was born on September 12, 1951 to Callie Parker Head Hughes and Charles William Hughes Sr in Charlottesville, Virginia. After graduating from Louisa County High School in 1969, Chuck volunteered to serve in the United States Air Force and was a Vietnam War veteran.

In the Air Force, Chuck attained the rank of Master Sergeant and eventually became an inflight refueling instructor at Castle Air Force Base, California for the KC-135 tanker aircraft. As a boom operator on the KC-135, Chuck traveled the globe. From Thailand to the Egyptian pyramids, he visited most continents, accumulating significant knowledge along the way making him a formidable trivia player and quick to complete a crossword puzzle.

After serving 22 years in the Air Force, Chuck returned home to Louisa County in 1991 where he started a handyman business. In the community, Chuck was known for his quick wit, always enjoying a good fish fry, and for helping community members any time of day or night with their home repair needs.

Chuck was predeceased by his beloved parents Callie and Bill. He is survived by all six of his loving children, Scott, April, Heather, Steven, David and Bobby, his younger brothers Eddie Hughes and Samuel Hughes, his younger sisters Pamela Hughes and Kathy Allen, and his grandchildren Brooke Hughes, Grace Hughes, Charles Hughes, Isabella Smith, Kylee Hughes, Devin Johnson, Josie Manns, Micah Zvulun, Natalie Hughes, and Aubrey Hughes. He will forever be in their hearts and missed every day.

Visitation will be held at Providence Presbyterian Church in Gum Spring, Virginia on February 19, 2022 at 10:00 followed by a memorial service at 11:00, and a private interment at Mount Moriah cemetery in White Hall, Virginia.