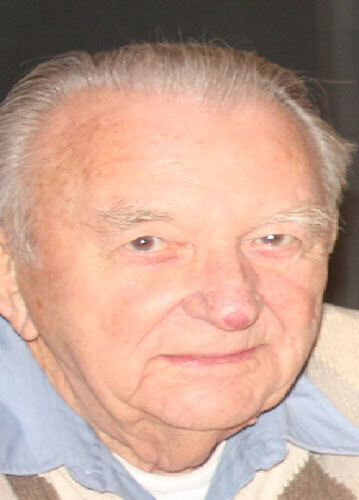 Everett C. Campbell, born August 1, 1922 in Charlotte, North Carolina, passed away March 16, 2014. He is survived by his wife of 69 years, Dot, and children; Everett, Jr [wife Brenda], Doug [wife Vicky], Gayle McCorkle [husband Allen], and Marianne Hagg [husband Steve]; 10 grandchildren, and 23 great-grandkids.He is survived by two brothers in N.C: William & Richard Campbell.Everett graduated from Duke University in 1949 with a BS degree in Mechanical Engineering. He worked in the oil and gas business in Texas; the atomic energy plant in Tennessee; and settled in Richmond, Virginia, and embarking on his 28 year career with Phillip Morris. He was selected Plant Engineer of the year in 1971 by the American Society of Plant Engineers, and retired in 1984.Everett was instrumental in the formation of the James River Aquatic Club in the early 60’s and served on the Board of Directors. He also served on the state board for the Amateur Athletic Assoc.Everett served in the U S Navy in WW II on the DE Daniel T Griffin in the North Atlantic and Pacific theaters. His ship was among the first into Hiro Wan Bay in Kure, Japan when the war ended.The family will receive friends 4-7pm on Thursday, March 20th at Holly Grove Christian Church; where a funeral service will be officiated by Pastor Carl Howard, at 11am on Friday, March 21st with burial to follow in Greenwood Memorial Gardens, Richmond, VA.In lieu of flowers, donations can be made to Holly Grove Christian Church, 1637 Holly Grove Dr. Bumpass, VA 23024; or the Holly Grove Volunteer Rescue Squad.