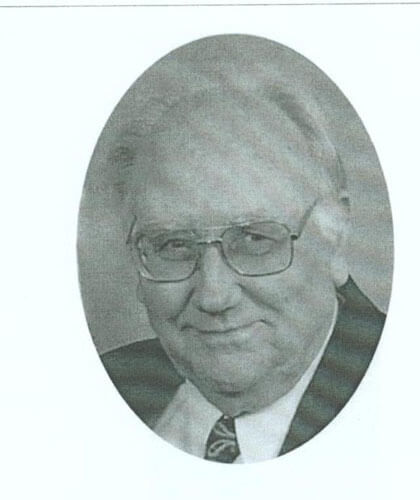 Joseph Marshall Dymacek went to be with His Lord on November 29 2013. He was born February 12 1926 and was a lifelong resident of the lower end of Louisa County Virginia. He leaves his wife of 65 years Beulah Stanley Dymacek and four children; Deborah and husband Pembroke Pettit of Mineral Wayne Dymacek and wife Diana of Lexington Virginia Sandra and husband Donald Forinash of Brighton Tennessee and Laurien and husband Al Jeffers of Bumpass Virginia. Joseph leaves 8 grandchildren; Arabella and husband Edward Winfree of Bumpass Virginia Leanne and husband Chris Clement of Baton Rouge Louisiana Ivy and husband Scott Wolfe of Montpelier Virginia Julian Dymacek and wife Amanda of Morgantown West Virginia Sarah Ruark of Lodi California Susan Ruark of Virginia Beach Virginia Eric and Emilee Jeffers of Bumpass Virginia and 4 great grandchildren Moriah and MacDaniel Moss Harris and George Wolfe and a special “chosen” son Raymond Askew of Bumpass Virginia. In recent years Mr. Dymacek has been cared for by several devoted caregivers. The family would like to thank Charles Perry Shirley Murray and Barbara Sprouse. Mr. Dymacek was the son of Joseph and Ila Henderson Dymacek of Louisa County Virginia. He is survived by two sisters and one brother; Margaret and husband Ivey Kitchens of Richmond Virginia Carolyn Crouse of Glen Allen Virginia David and wife LaThell Dymacek of Bowling Green Kentucky and a number of nieces and nephews. He was preceded in death by 3 brothers and two sisters; Charles “C.B” Dymacek of Bumpass Virginia Julian “Sam” Dymacek of Montpelier Virginia Eldridge (Doc) Dymacek of Viper Kentucky Eula Whitlock of Mineral Virginia and Peggy Whitley of Bumpass Virginia.Mr. Dymacek was a sawmill owner and operator for over 30 years and was a member of the Virginia Forestry Group. He was a life-long member of Bethany Christian Church Bumpass Virginia where he served as the Adult Sunday School Class teacher elder and trustee for over 40 years. He was a lay preacher for several years. He received a plaque of recognition from the Bethany Christian Church for his years as a 40 year trustee. He was a member of the founding board and was active on the School Board of Piedmont Christian School Bumpass Virginia. He was one of the founders of the Locust Creek Fire Department and donated the land on which the department is located. He was a member of the Louisa County Water Authority for over 20 years. He received a plaque from the Louisa County Board of Supervisors for his volunteer services. Mr. and Mrs. Dymacek are known throughout the Locust Creek Community for their hospitality and care. His church community and family will miss his wisdom knowledge and faithfulness that he shared and showed throughout his life. In 2006 Mr. and Mrs. Dymacek saved the 1928 Bethany Church building from demolition. Mr. Dymacek moved the building from its original location to his own property and named it “The Meeting House ” where it has been used as a ‘gathering place’ for community events. His funeral service will be held there on Tuesday December 3 2013 at 11 AM. with interment to follow at Bethany Christian Church Cemetery. The family will receive visitors at Lacy Funeral Home on Monday December 2 2013 from 2-4 PM and 6-8 PM. The family has requested that in lieu of flowers memorial donations be made to Opera Louisiane Inc. a 501(c)3 non-profit organization. Granddaughter Leanne Pettit Clement is the General Director of Opera Louisiane. All donations are tax deductible and can be made by check to Opera Louisiane P.O. Box 4908 Baton Rouge LA 70821 or online at www.operalouisiane.com .