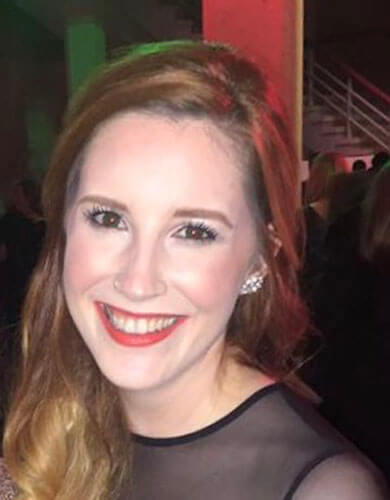 Julie was born on January 3, 1989, in Baton Rouge, LA, and moved with her family to Richmond in 1997. For many years she was a competitive Highland Dancer at the Premier Level. Julie graduated from Mills Godwin High School in 2007 and attended Jacksonville University and Virginia Commonwealth University, where she studied nursing. She completed her AA degree in Nursing at J. Sergeant Reynolds Community College in December 2016 and became a Registered Nurse. She was a member of the Delta Delta Delta Sorority. Julie worked as a sales associate at GNC Nutrition and was a Crisis Text Line Volunteer Counselor. She had accepted employment at Henrico Doctor’s Hospital Emergency Department.

A Requiem Holy Eucharist will be held 11:00am Monday, January 9 at St. Alban’s Anglican Church, 4006 Hermitage Rd. Richmond, VA 23227. The family will receive guests in the Parish Hall from 10-11:00. A family graveside service will be held that afternoon at the Hart Family cemetery at Roseneath in Gum Spring, VA.

In lieu of flowers, donations may be made to a nursing scholarship in Julie’s memory at Reynolds Community College, P.O. Box 26924, Richmond, VA 23261-6924. Or, by visiting www.reynolds.edu/givenow