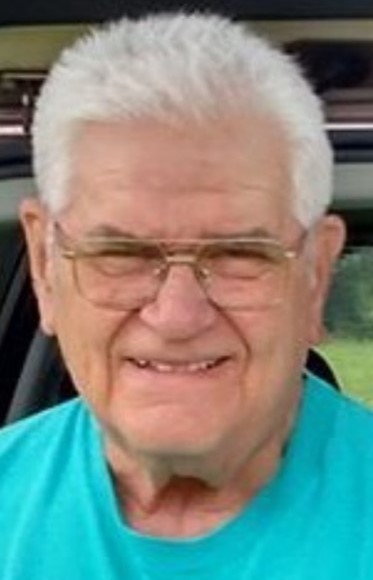 Thomas Matthew Hicks, born March 26, 1942, passed peacefully in his home on April 30, 2020, in Holly Grove, Virginia, at the age of 78. Tom is survived by his wife of 56 loving years, Mary Elizabeth Richardson Hicks; two wonderful daughters, Mary Katherine Dudley (Aaron) and Leigh Michele Hicks; two precious grandchildren, Taylor Nicole Harris and Gavin Luke Warren; and his brother, David Lloyd Hicks (Patricia). He is preceded in death by his parents, David Ishmael and Katharine Lloyd Hicks, and his brother, Robert Franklin Hicks. He had a life-long career at Allied Chemical Corporation in Hopewell, Virginia with many travels including New York, North Carolina, South Carolina, Germany and France. Upon retirement, he moved his family back to his home place in Holly Grove. Whether you knew him as “Tommy”, “Tuck” or “Tom”, he always had a beaming, warm, approachable smile and a strong bear hug. You could spot him in the fields on his tractor cutting hay, roaming the roads on his gator, or at the store catching the local gossip and eating a honey bun for breakfast. Tom was an avid deer hunter his entire life. He attended Holly Grove Christian Church where he learned to love and serve his Lord and Savior. A celebration of life will be scheduled for a later time. In lieu of flowers, the family requests donations to be sent to Holly Grove Rescue squad, in appreciation of they have done for the family